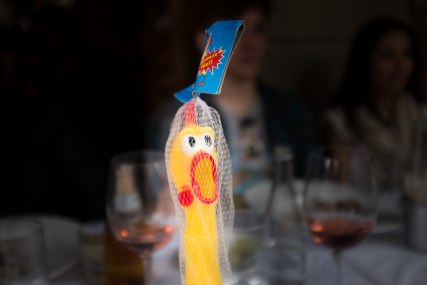 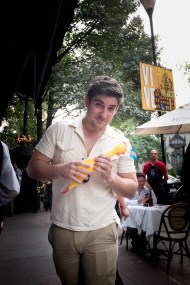 Welcome to the Crew, Pollito! Trouble with the Police Everything the Sun touches is Pollito’s 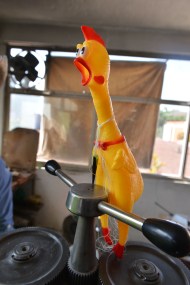 Just Another Day on the Grind 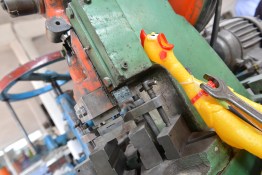 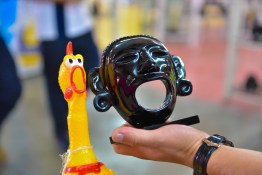 Pollito Posing for the Camera 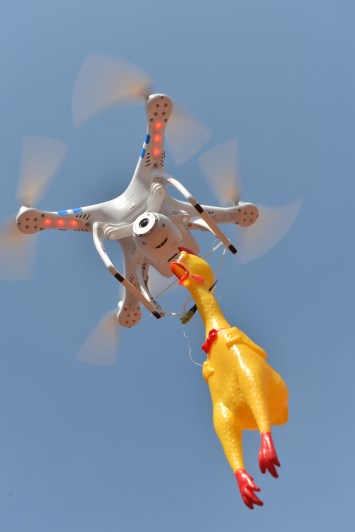 Destination: Mexico City
Means of Acquisition: Chased a street vendor down the block to buy it during our first few hours in Mexico City

Description: Pollito was the best purchase we made while in Mexico City. We considered him to be another member of the team, and he became a local celebrity by the end of the trip.

Personality: Pollito is a very mischievous character. He liked getting into weird situations that the rest of the Crew did not want to do, and really liked the lights shining on him at all times!