Here’s the video we shot while in the Kingdom of Cambodia!

Have you ever seen that movie The Beach with Leo Dicaprio? You know… the one that takes place on a remote island with pristine beaches, lush landscapes, and not the slightest touch of western influence? Well, I am not about to tell you that I went to that tourist hotspot in Thailand, but I am going to tell you that we found our own version of The Beach right off of the coast of Cambodia. 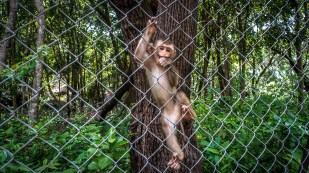 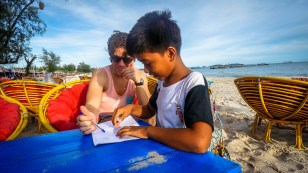 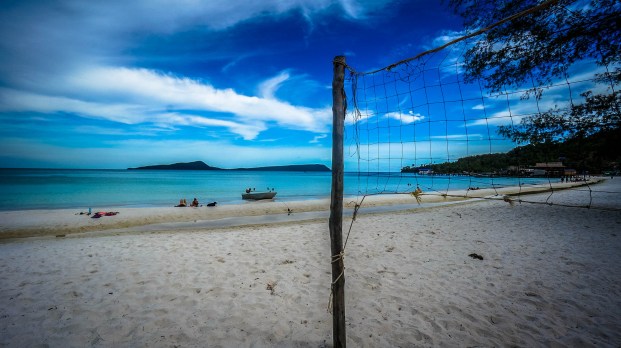 The second we got there we were brought into a meeting area where we were given the lay of the land — Be cautious of sand flies, don’t abuse the usage of fresh water, watch out for your personal belongings as theft is a problem, and most importantly don’t play with water buffalo. So, with that in hand we chose to do one of the most adventurous things we have done on this trip. Stay the night.

People have traveled from around the globe just to get a glimpse of this movie-like setting. There are only a few places to get rooms from on the island, just a couple spots to eat and drink at, but no matter where I went I found it hard to overcome how surreal it all felt. 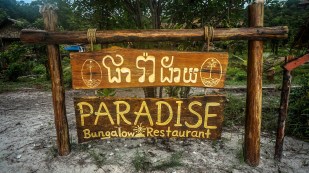 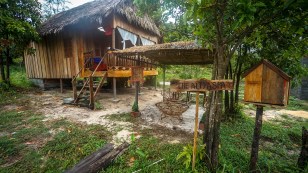 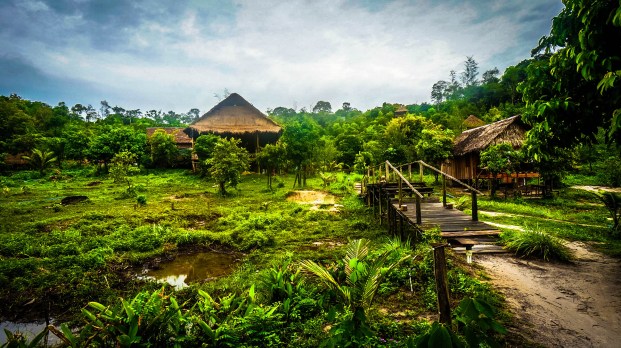 We dropped our bags off at our toasty air-conditioner-less bungalow, in the middle of summer might I add, and went out to mingle with the locals, or the lack thereof… Locals were present on this island, however it seemed that the island only really existed as a tropical oasis for backpackers.

It was incredible to step foot in a world that was so different than my own. In this world all anyone cared about was the ‘here and now’ and nothing beyond that. A lot of the island’s inhabitants are just previous backpackers that stayed a bit longer than expected without a departure date in site.

That night we decided to live like the ‘other side’, we drank with them, ate like them, sang with them, watched dancing fire shows, and just partied with them until morning.

After the evening’s festivities we returned to our bungalow which only offered the safety of a mosquito net, and nothing more. There were zero comforts of home — there wasn’t even a fully enclosed roof. As we laid in bed, there was one of the biggest storms I have ever witnessed, and we were right in the middle of it. The lightning strikes lit up our entire bungalow, and the thunderclaps sounded like a tank next door was waging war with the water buffalos.

Status update: We are in the middle of a barren island that not many people know of, both cell phones completely dead, and no accessible wifi all while in a torrential storm! But, what could have happened to our bungalow? Caught on fire? Flooded? Swarmed with mosquitos? Eh — it was all for the story, so we just pushed through it without a wink of sleep. 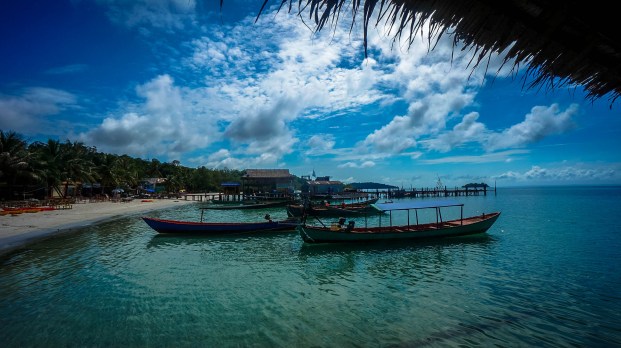 When we got up in the morning we went back to the docks to catch our ferry to get off the island to find people taking shots of tequila at 8:30am… Yea… Well, somehow we were able to make it out of the belly of the beast, aka Koh Rong, and continue on our travels, but let’s just say I don’t think we would have been able to survive another night!

Cambodia… Wow… I truly do not even know where to start.

The Kingdom of Cambodia is by far one of the most interesting, weird, fun, safe, scary places I have ever visited. Imagine a land with no rules, cheap drinks, amazing sites, and tuk tuk drivers (more to come on this later). This was a deadly combination of the elements that we were not prepared to handle, but are unbelievably glad to have experienced it!

We started off our Cambodian adventure in Siem Reap: the home of Angkor Wat. Interestingly enough, Angkor Wat came into plane sight on our way from the airport to the hotel, and for good reason too, it is the countries main tourist attraction which brings millions of people into the country every year.

Our first day of tours while in Siem Reap was an all out temple blitz. It was so hot outside that it made Miami feel like a little mosquito bite in comparison. As we were traversing through the temples with a camera in each person’s hand we had to be mindful not to drench them with our own sweat, but as we always do it for the story we decided to trek on through!

We were able to see some incredible sites and have fun while doing it. Outside of the first temple, Angkor Thom, we came across a pack of monkeys on the side of the road where we proceeded to feed them bananas. Coming from the states, I have never seen monkeys in the wild like this, and to see them jumping around chasing the bananas was unique for me. Once we got inside to the temple grounds we parked our van immediately outside of the check in point where we were able to step foot on elephants to take us on a trip around the temple itself. 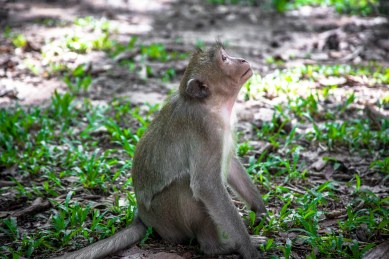 The Man, The Legend

Coming down after our trip to the first temple we were whisked away to one of the most famous temples in the world, Ta Prohm, or better known as the Tomb Raider Temple. This was the temple that was seen in the famous movie with Angelina Jolie. I know when I was a kid and watched this movie the only thing that was going through my head was, “Is that place real?” … Well, that and maybe one or two other things, but you know what I am saying. 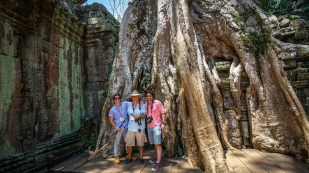 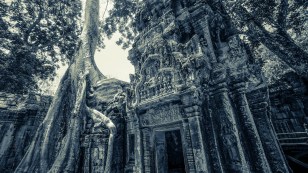 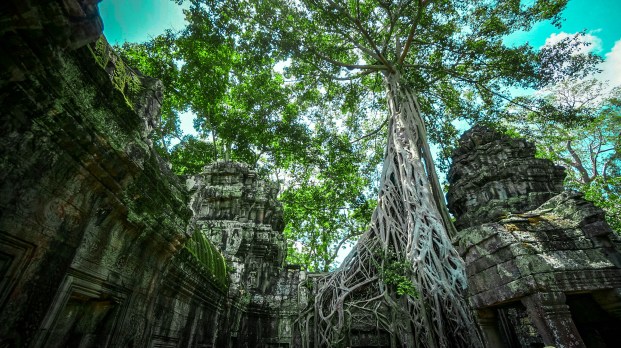 Upon reaching the temple, it was exactly how it looked in the movie 13 years ago. It was pretty incredible to witness the exaggerated overgrowth there. It was almost as if the trees were consuming the temples, and after admiring the natural beauty of this temple we had to pay our respects to the Tomb Raider site depicted below.

After the Tomb Raider temple it was about 1 in the afternoon, and that was when we chose to tackle the massive Angkor Wat. I arrived to Angkor Wat and thought we were just going to be there for a short time as it was blazing outside and I was exhausted, but once we got inside the temple grounds we found ourselves staying there for almost 2 hours! It was one of the most fascinating places I have ever been to in my life. 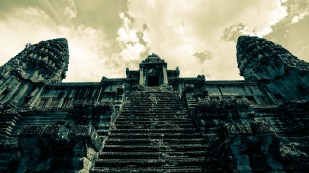 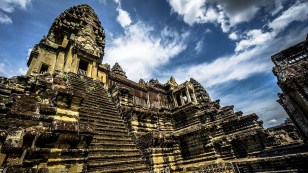 I didn’t know this before, but Angkor Wat is considered the largest religious monument in the world. It was truly a magnificent monument and once inside you can really tell why it is one of the world’s biggest tourist attractions. 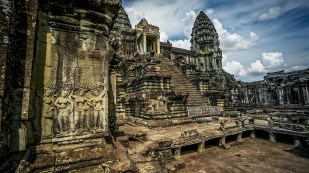 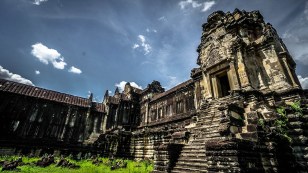 All in all, Siem Reap (although there is not much to it outside of the temples) is an absolutely incredible place, and one that I can now scratch off of my bucket list. I highly encourage everyone to visit it at least once.