Japan is known as a very hard-working culture; subways are always packed with people going to and from their jobs (yes, the infamous “subway pushers” are real), and everyone wears suits and holds briefcases,  no matter the time.  It seems like all the Japanese do is work… but they truly live by the motto, “Work Hard, Play Hard.”  Or in this case, play like a crazy person.  When the work is over, the people of Tokyo party harder than we even knew was humanly possible, any day of the week.  So in a culture where the people like to reward themselves after a hard days work, the nightlife must have to cater to this party lifestyle.

However, the night life scene in Tokyo can be very different for Americans and other tourists.  One can’t just pop into any bar and hope to sing karaoke in front of a hundred drunken Japanese people.  Here’s some stuff we learned here in Tokyo about the nightlife, so when you decide to make the plunge you can be prepared.

When coming to Japan, you’ll probably be excited to sing some of your favorite songs like “Mr. Roboto” in a crowded bar filled with locals.  This is not really a thing in Japan though.  If you come in wanting to sing karaoke, you’ll have to do so in private rooms with your party.  Any karaoke place you go to, you pay for an allotted amount of time (30+ minutes) and your party will get to sing to each other while enjoying unlimited drinks.  It’s a great deal!  But if that isn’t what you are looking to do, then sadly your dreams of karaoke may be dashed.  There is word of some bars that do offer public karaoke, but they are mostly closed to foreigners as the owners do not want to deal with drunken tourists.

People think of Sake as one of the national drinks of Japan.  While this may be the truth, it is not as abundant as you may think.  At some bars, trying to order “Sake” will get you puzzled looks and the possibility of getting laughed at, which happened to us at a pirate themed bar in Roppongi, called Genie Queen.  If you want to drink Sake, you’ll have to do so mainly at restaurants, or you can buy some at any convenience store like 7-11.  Oh, and people won’t get what you mean when you ask for “Sake Bombs,” so try to avoid that as well!

The Roppongi District is the huge nightlife area of Tokyo.  Littered with bars, nightclubs, and Nigerian club promoters, Roppongi is definitely the party hotspot of the city and, as a tourist, this is definitely where you would want to go.  Our own experiences led us to a club/bar called New Lex (http://newlextokyo.com/), where we partied with the Tokyo Disney princesses (and other Disney characters) at the Hello Kitty themed party the bar was holding.

Pictures of celebrities who have also attended the bar cover the walls of the entrance, which is surprising for a bar that isn’t large in size or very flashy and pretty.  But, it came to our surprise when our very own Justin Bieber came into New Lex, walked right up next to us to give a dirty glance, and headed straight towards the VIP section with his whole posse of swag coaches.  Although we were starstruck, Bieber kind of ruined our night because he invited Snow White and Tinkerbell back to his hotel leaving us alone at the bar to drink with Peter Pan and the Mad Hatter.  Other than that little hiccup, we left knowing that Roppongi is definitely the go-to spot for a great night in Tokyo for tourists and locals alike. 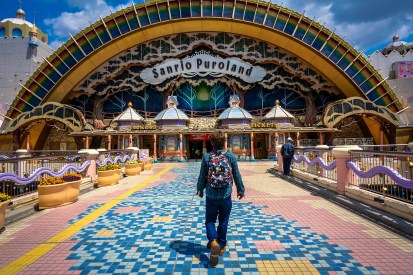 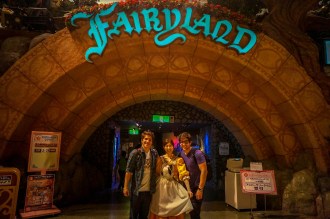 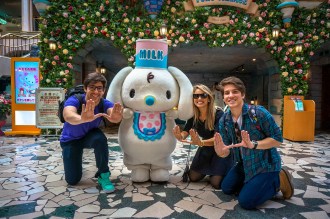 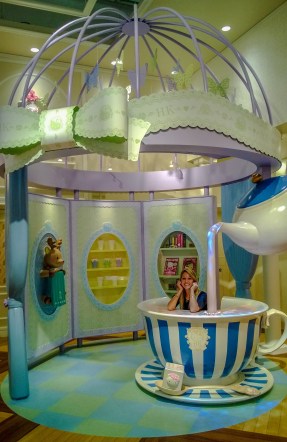 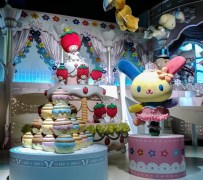 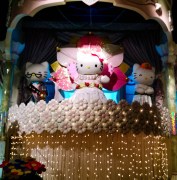 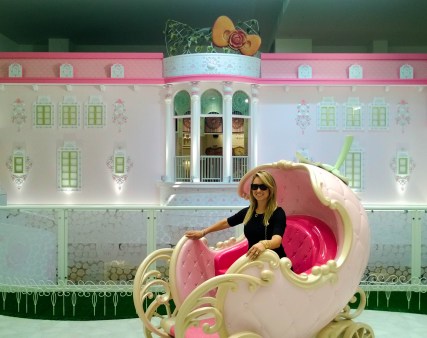 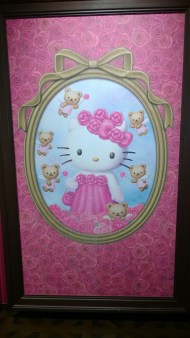 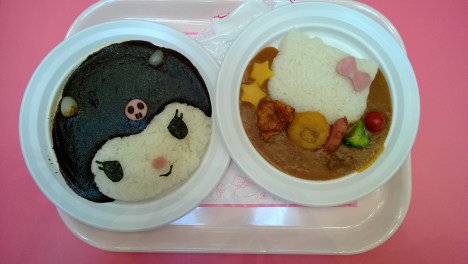 Whether you are a fan of Hello Kitty, or just plain curious about one of Japan’s biggest mascots (and happen to find yourself in Tokyo), visiting Sanrio Puroland is a must.  Enter a world filled with magic, happiness, and cute dancing fluffy mascots; Sanrio Puroland is like a small-scale Disney World dedicated only to Hello Kitty and her accompanying crew of Sanrio characters.  From boat rides to traversing forests, dancing with the characters to eating Hello Kitty shaped food, Sanrio Puroland has everything a Hello Kitty enthusiast would dream of, as well as the biggest Hello Kitty store I’ve ever laid my eyes on!

Lucha Libre!! Many have heard of the legends of the Luchadores of Mexico. Huge jacked dudes (and women too!) in crazy colorful masks grabbing eachother and throwing eachother and flying around a ring. Some of these luchadors are thought of as symbols of justice and honor for the comman man of Mexico. I’m sure many of you have seen the movie “Nacho Libre,” which captures the culture and colorful nature of Lucha Libre. Minus Jack Black acting like a crazy person, Lucha Libre is pretty much exactly like that, and the OU crew got to experience it first hand.

Lucha Libre is HUGE in Mexico City. Mexicans love these fights, and now we do too. We were the only ‘tourists’ in an arena filled with locals. These events happen three times a week, and they are comprised of a bunch of fights between teams of Luchadors in a best out of three fashion. Colorful masks, high flying moves, and gymnastic performances are part of the over-the-top nature of these matches.

Each Luchador enters the arena surrounded by a slew of Bailadoras

And they each have their opening crowd pumper-uppers.

I call this one “The Switcharoo.”

There was a match with all girls fighting as well. It got really intense.

Marcela and Dallys were bitter rivals…

All in all, Lucha Libre was one of the craziest and most fun events we have ever been to. If you’re ever down in the Mexico City area, make sure to check out the Arena Mexico to experience it! http://www.arenamexico.com.mx/

Joy Room… Where do we even start?!

Joy Room has successfully ‘blurred the lines’ between multiple business models. It is a mixture of the luxury offered by the Four Seasons Resorts, the music of an all out concert production, the exclusivity of the city of Monte Carlo, and the scenery of a Victoria Secret Fashion Show.

When the OUCrew arrived with our ‘Mexican Familia‘ we were almost immediately escorted through the ‘gates of the kingdom’. As you walk in it almost seems as if you have entered a completely different world that has the feel of a rain forest oasis. It was about the size of a football field with rain coming down from the 60′ ceilings into numerous beautifully lit lap pools, designs made of fire scattered around the club, four movie theatre sized screens displaying videos that coincide with the music pumping through the speakers, and an impeccable team of servers suited up in all white attire. We could write a completely separate article on the service alone, but just understand that it was like something only seen in the movies.

Joy Room was able to almost scientifically provide for an amazingly unforgettable time in Mexico City, and for that we will be ever thankful!